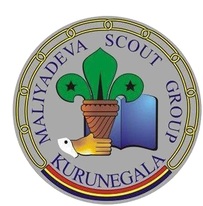 Maliyadeva Scout Group is one of the oldest and leading scout groups in Sri Lanka. It was started in the year 1922 as the 3rd scout group in Kurunegala District. The school buildings and the land were taken over by the Army in 1942 due to ongoing the World War II and all sports and extracurricular activities were interrupted. Maliyadeva scout group was then reestablished in 1960 and it was registered in Sri Lanka Scout Association (Registration No : 0173) with the enormous contribution of Mr. M.M.W. Meevaddana and Mr. Steven Perera.

Maliyadeva Scout Group has had many victories in her pride history while producing large number of president scouts to the Sri Lankan nation every year. In 2006 our troop achieved the climax of the victory by being the scout troop which produced the 3rd highest number of president scouts in national level. Maliyadeva scout group has an eternal name on hiking and exploring for last two decades defeating all the other troops in Sri Lanka in most of the hiking competitions. Our troop calendar includes two exploring seasons per year which in turn quench thirst of adventures and contributes to making nature lovers.